The Czech Republic lies extends in Central Europe – it is called the heart of Europe. This country covers an area of nearly 79 thousand square kilometers and has population of 10.4 million. Our republic has four neighbor states. In the North it is Poland and in the South Austria. Slovakia is in the East and Germany in the West. The country consists of three main regions: Bohemia, Moravia and Silesia.

The Czech Republic doesn’t have any seacoast, but it has many rivers. The largest river is Labe – it has its source in the Giant Mountains and leads into the North Sea. The largest and the most important tributary of the Labe is the Vltava. Several huge dams have been built on this river, for example Orlík, Lipno or Slapy. South Bohemia is known for its large and numerous ponds. Freshwater fish are farmed here, especially carps. Also two glacial lakes can be found in Czech Republic – Černé and Čertovo in the Šumava Mountains.

The terrain of our country is rather hilly. The Giant Mountains and Šumava form the Western border. Šumava is a paradise for lovers of the nature. It is a very old mountain range. The highest mountains in the Czech Rep. are the Giant Mountains – Sněžka 1602 meters high. The Jizerské and Orlické Mountains lie on the border with Poland.

In the Czech Rep. There are many places of interest, such as the Gothic Křivoklát Castle, which was first mentioned in 12th century. Charles IV. founded another famous castle Karlštejn as a treasury for the Crown Jewels. It also became a king’s favorite castle.

The CZ is traditionally and industrial country. Fuel and energy industries are very well developed. Czech beer and wine have a long tradition and popularity both at home and an abroad. Our country is rich in minerals – black and brown coal, lignite, sand for glass-making or iron ore are mined here.

The head of state is the President. The currency is the Czech crown. The CZ is a member of many important world originations such as the European Union, United Nation, NATO and others.

Prague is the capital city of CZ and also the largest city (1.5 million inhabitans). The second largest is Brno, Karlovy Vary is the biggest and the most famous of our spa towns. Other large cities are for example Ostrava, Plzeň, Olomouc and České Budějovice. 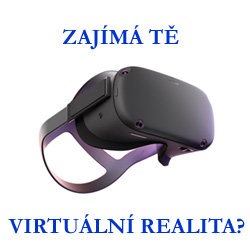